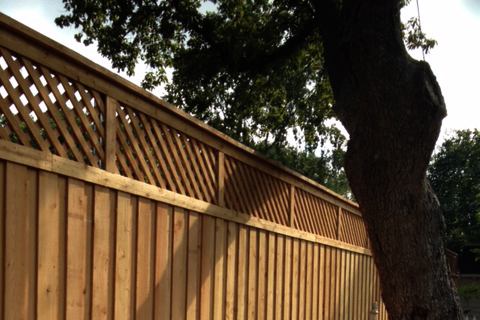 “A few weeks ago we started do some research to find a fencing company that build an elegant design to fit the style of our home. We were told that there were two main fencing companies in our town. We called both places and asked a few questions and requested they come out and give us estimates of the proposed work. We arranged appointment times with both companies.

Philip from Ambassadors Fence Co. was the first to show up. He showed my husband and I a sample of the kind of fencing vinyl that they used and gave us a quote. The second appointment came and went and no one called. Two weeks later we still had not seen the second companies estimator and had to call their office two more times before someone came out and gave us an estimate. This second company did not show us a sample of the fencing they used, just some pictures of how the fencing would look. The first impressions made by the estimators of both these companies made our decision simple and hiring Ambassadors Fence Company very easy.

The team showed up a day later than we were promised, but after talking to Philip, I was told that he had to take care of some emergencies the day before. Philip apologized that we were not contacted and informed of the change and he would let the office know they had missed that. Nevertheless, Philip assured me that everything would move swiftly and I did not need to worry.

I am writing this review in appreciation for all the hard work and care that went into the building of our lovely new vinyl fence! The whole process only took two weeks. Philip’s team was very professional, diligent and precise. We have plans to fence the rest of the homestead as we can save up enough for it and we will be calling Ambassadors Fence Company to do the job. Congratulations Ambassadors Fence for your good work, we absolutely love our wonderful fence!!! Couldn’t be happier!! Thank you, our fence looks so pretty.”

If you’re looking for a local fencing company you can trust,